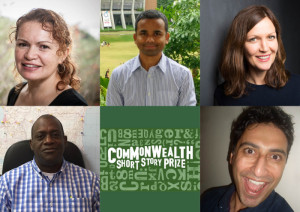 The 2016 Prize attracted nearly 4000 entries from 47 countries. After an initial sift by a team of international readers, the global judging panel, representing each of the five regions of the Commonwealth – Helon Habila (Africa), Firdous Azim (Asia),  Pierre Mejlak (Canada and Europe)  Olive Senior (Caribbean), and Patrick Holland (Pacific) – chose the shortlist. From this shortlist, the judges selected the five regional winners who will now compete to be selected as the Overall Winner of the 2016 Commonwealth Short Story Prize, to be announced at the Calabash International Literary Festival in Jamaica on 5 June.

“From Faraaz Mahomed’s ‘The Pigeon’ with its playful tone and unreliable narrator, Parashar Kulkarni’s ‘Cow and Company’, a witty satire that engagingly immerses the reader in its world, and ‘Eel’, a simply told and moving story of childhood by Stefanie Seddon to Lance Dowrich’s comedic ‘Ethelbert and the Free Cheese’ and Tina Makereti’s ‘Black Milk’, which impressed with a lyricism that takes the reader into another world while keeping us always on earth, these were all worthy winners and show how well the short story is flourishing in the Commonwealth.” 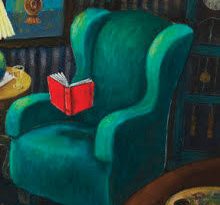 Daybreak & Other Poems by Dami Ajayi

ONE DAY LEFT: Your chance to write for Grazia!

no adverts for now

Should You Hire a Professional Editor for Your Manuscript?

By Chelsea Terry   The short answer:  Yes! But Chelsea! It’s expensive! What if I spend all that money and